"Man is the cruelest animal." - Nietzsche

Acts of violence or neglect perpetrated against animals are considered ANIMAL CRUELTY. Examples include overt abuse, dog fighting and rooster fighting, and companion animals being neglected or denied basic necessities of care, such as food, water or shelter.

Animal welfare organizations across the country work daily to educate people about how to care for their companion animals and how they can prevent animal cruelty.

Many people who witness, or hear about cruelty, are not aware that legal action can be taken to help stop the problem. Companion animals are primarily covered by state animal cruelty laws, which vary from state to state and county to county. These laws may be confusing to people who want to help animals in distress but are not clear on what constitutes animal cruelty.

Generally, ANIMAL CRUELTY can be divided into two categories: NEGLECT and INTENTIONAL CRUELTY:

NEGLECT is the failure to provide an animal with the most basic of requirements of food, water, shelter and veterinary care. Neglect is often the result of simple ignorance on the animal owner's part and is usually handled by requiring the owner to correct the situation.
If the problem is not corrected, the animal may be removed from the neglectful person by law enforcement authorities. In some cases, the owner will simply turn the animal over to authorities because they no longer want the responsibility.

INTENTIONAL CRUELTY is often more shocking and usually an indicator of a serious human behavior problem. Intentional cruelty is when an individual purposely inflicts physical harm or injury on an animal.

The ASPCA and other organizations with cruelty investigation authority have arrested many individuals, who have deliberately maimed, tortured or even killed animals.  Although many individuals are arrested for intentional cruelty, people who commit even the most heinous crimes against animals are often not prosecuted to the full extent of the law. In states where animal cruelty is considered a misdemeanor, individuals who commit intentional cruelty crimes against animals can receive, at most, one year in jail and a $1,000 fine. Often, perpetrators receive no more than probation. Someone who is violent towards animals may be violent towards family members or other people. Animal cruelty laws vary from state to state.

Many states and the District of Columbia currently have laws that make intentional cruelty a felony charge, while 12 states treat neglectful cruelty and intentional cruelty as a misdemeanor. Many animal cruelty laws specifically exclude accepted animal husbandry practices involving farm animals, animals used in research, and lawful hunting and trapping of wildlife.

Many states now require the person convicted of cruelty to undergo psychological evaluation and counseling, in addition to paying a fine or being imprisoned.

An increasing number of states are instituting cross training and reporting programs involving social service workers who are likely to see cases of animal abuse during the course of their work in domestic violence and child abuse. This development arises from the research validating the "link" between animal abuse and human violence.

A number of states provide civil and criminal immunity to veterinarians who report suspected cases of animal abuse to law enforcement authorities since they are likely to be the first ones to come in contact with an abused animal.

Enforcement of animal cruelty laws can be carried out by local police or by humane or municipal agencies that are granted power from the state or local government.

The stories you may have heard about animal cruelty are heart-breaking-neighborhood kids setting a dog on fire, organized rooster fighting, a roadside zoo at which animals are beaten into submission and kept in horrible conditions. There are instances of neglect, too, in which an owner is not providing proper shelter, food or veterinary care for a companion animal.

Many people who witness cruelty, neglect or animal abuse are not aware that legal action may be taken; some may be frightened to register a formal complaint for fear that the abuser will find out. But if it weren't for concerned citizens, humane organizations and police departments wouldn't know about many instances of animal cruelty. You can make a difference.

If you witness, or hear about, animal cruelty, abuse or neglect taking place, you can help stop the suffering by reporting it to your local SPCA, humane society or law enforcement agency.

Acts of animal cruelty can also be reported to The ASPCA's legal department so that local officials can be advised about how to prosecute the case; District Attorneys, too, need to understand the seriousness of animal abuse. Without more vigorous prosecution, abusers may continue to feel impervious to the law. Our Legal Department also intervenes in animal cruelty cases throughout the country as a friend of the court in order to advocate for the punishment of abusers to the fullest extent permitted by law. The department can be reached at (212) 876-7700 X4451 or by e-mail at legal@aspca.org.

Talk to local teachers, veterinarians, and the clergy-the more who are aware of the animal abuse plaguing our society, the less chance for abusers to hide. It is becoming increasingly clear that people who abuse animals are also linked to domestic violence, spousal and child abuse. And make sure schools in your town include humane education in their lesson plans; children who learn to love and respect animals will grow up to be compassionate adults.

You can also help those who are working to stop animal cruelty by supporting your local animal rescue organization or shelter-you can donate money and supplies, or, better yet, your time. Volunteer at a local humane society, foster a shelter animal or adopt a companion animal. Promoting and practicing responsible pet ownership is another way to stop many abuses from starting.
on January 03, 2019 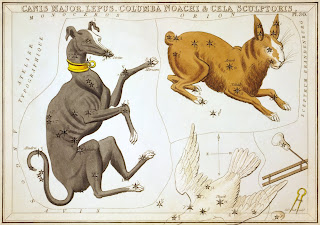 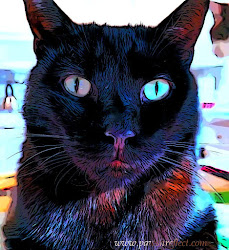 10 Reasons to Adopt a BLACK CAT